To share your memory on the wall of Richard Anglim, sign in using one of the following options:

Age 91, of South Minneapolis, died June 13th, 2020. Richard served in state and local government his entire life, including work for Civil Defense, Ramsey and Hennepin Counties. Public service was central to Richard’s outlook on life. He believed in an honest, fair, and responsible government, run by the people it served.

Born in Duluth, his service-oriented life began in his teens when he earned his Eagle Scout badge. After earning a BA in Business Economics at the University of Minnesota, Richard served in the U.S. Army as a Technical Sgt. from 1952-1954. Afterward, he went on to earn an MA in Public Administration from the U of M, where he met his future wife, Mary Ann Pool. He was a long-time member of the American Legion and served as a Commander of Richfield Post 435 from 1998 to 1999. He was also a life-long member of the DFL and occasionally worked as a supporter of local and state representatives.

A private ceremony will be held at Fort Snelling National Cemetery.

Memorials can be sent in Richard’s name to any of the Swing Left Funds: https://swingleft.org/p/funds

To send flowers to the family or plant a tree in memory of Richard Thomas Anglim, please visit our Heartfelt Sympathies Store.

Receive notifications about information and event scheduling for Richard

We encourage you to share your most beloved memories of Richard here, so that the family and other loved ones can always see it. You can upload cherished photographs, or share your favorite stories, and can even comment on those shared by others. 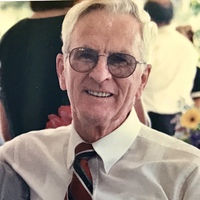