To share your memory on the wall of Neil McGraw, sign in using one of the following options:

Neil McGraw, the former owner of Gill Brothers Funeral Home, was a veteran of World War II, an active alumnus of the University of Minnesota, and a past Grand Knight of the Marion Council Knights of Columbus. He served on a number of boards in the community, including the Board of Directors of the American State Bank in Bloomington and the Archdiocesan Cemetery Board. He was a former chairman of the board at St. Mary’s Hospital and an active member of Decathlon Athletic Club, past president of the Bloomington Chamber of Commerce, and organized as well as endowed a scholarship fund at Normandale Community College. He was an avid outdoor sportsman.

To send flowers to the family or plant a tree in memory of Neil Edward "Cornelius" McGraw, please visit our Heartfelt Sympathies Store.

Receive notifications about information and event scheduling for Neil

We encourage you to share your most beloved memories of Neil here, so that the family and other loved ones can always see it. You can upload cherished photographs, or share your favorite stories, and can even comment on those shared by others.

Rob, Dawn and Wipfli LLP, Kevin and Mary (Riley) Bowar, and other have sent flowers to the family of Neil Edward "Cornelius" McGraw.
Show you care by sending flowers

Posted Oct 12, 2020 at 01:29pm
Danny and Family: Heartfelt sympathies and blessings to your family. Your dad was a kind and giving man, and had such a wonderful, committed faith. Love to you all, John and Anna (Riley) Gherity
Comment Share
Share via:
RL

I give you my prayers and sympathy on the death of your father.
I remember him as a very friendly man, jovial and kind. I remember Fr.Slattery speaking highly of your Dad and enjoying many outings with him. Know he is in my prayers, as all of you are!

Posted Oct 11, 2020 at 12:17pm
I have so many memories of your Dad, Neil. Stretching over the decades. Brian and Mike, can we ever forget your Dad labeling our youthful "excursions" meathead operations? I laugh whenever I think about it. Or his whistle, that could be heard for blocks, letting us know as kids that it was time to run or bike home because it was dinner time. And haircuts on the front steps. He'd buzz our heads, like we were sheep being shorn. Things like that stick out for me, among the memories involving your Dad. I've enjoyed reconnecting with him and you in deck gatherings these last few years. he was a great guy and truly lived a wonderful life. He'll be missed by all who knew him.
Comment Share
Share via:
HS

Flowers were purchased for the family of Neil McGraw. Send Flowers 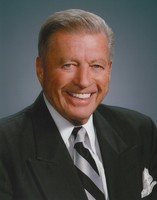 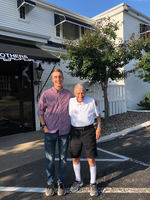 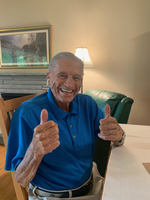 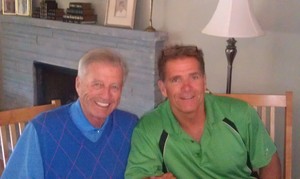