To share your memory on the wall of John Hoffman, sign in using one of the following options:

Provide comfort for the family of John Hoffman with a meaningful gesture of sympathy.

Print
On Wednesday, November 13, 2019, John Roger Hoffman, loving husband and father, passed away at the age of 79 at Abbott Northwestern Hospital.

John was born on September 17, 1940 in Mason City, Iowa to Roy and Margaret (Kiefer) Hoffman. ... Read More
On Wednesday, November 13, 2019, John Roger Hoffman, loving husband and father, passed away at the age of 79 at Abbott Northwestern Hospital.

John was born on September 17, 1940 in Mason City, Iowa to Roy and Margaret (Kiefer) Hoffman. He enlisted in the U.S. Army and was honorably discharged in 1980 as Finance Corps Captain. He received his accounting degree from Creighton University and practiced corporate accounting until he eventually opened his own firm. On March 14, 1970, he married Lorraine C. Hanson. They raised two sons, Judd and Justin.

John was preceded in death by parents; and his wife, Lorraine. He is survived by his sons, Judd (Tara), Justin (Heather); granddaughter Mona; and his sisters, Mary Kay (Tom), Marcella (Gordon), and Mardiann (Larry); along with many nieces and nephews.

We encourage you to share your most beloved memories of John here, so that the family and other loved ones can always see it. You can upload cherished photographs, or share your favorite stories, and can even comment on those shared by others.

Posted Nov 17, 2019 at 12:31pm
I'm so sorry to learn of John's passing. He was a great friend and colleague for many years, in the Corporate accounting & Reporting department at Pillsbury. He was a wonderful man. God bless.
Comment Share
Share via:
HS

Flowers were purchased for the family of John Hoffman. Send Flowers

Posted Nov 16, 2019 at 04:39pm
Dear Roger's Family,
We are so sorry to hear of your loss. Please know that we are thinking of all of you at this time. We are remembering our cousin as a kind, gentle man.
It is a blessing to know that his suffering is over.
Take care of each other. May God be with each of you,
Blessings and love from Tom and Georgia Merriott
Comment Share
Share via:
J

Posted Nov 15, 2019 at 11:23am
So sorry to hear about John's death. He was always such a gentle man, and i loved spending time with him and my cousin Lorraine when the family got together. Between the two of them there was always a good laugh. sending deepest sympathy to Judd and Justin and their families.
Comment Share
Share via: 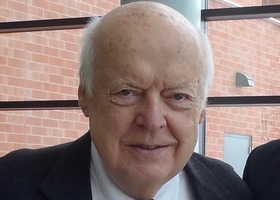 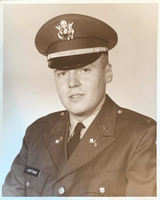 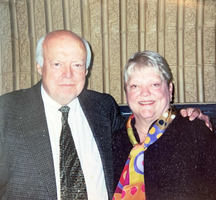