To share your memory on the wall of Beverly Kenealey, sign in using one of the following options:

Provide comfort for the family of Beverly Kenealey with a meaningful gesture of sympathy.

In 1956, she met and married George Kenealey. After a brief stint in Washington D.C., they returned to Richfield to raise their three children. Beverly was a dedicated mother first and foremost. She treasured her children and embraced every moment with them.

Beverly will be missed by her children Michael Kenealey, Kathy (Ken) Brisiel, and Kevin (Andrea) Kenealey; her brother David (Doris) Hanson; and her four grandchildren and three great grandchildren.

She was preceded in death by her parents, Walter and Emma Hanson, her stepfather, Orris Ness, her husband, George Kenealey, sisters Grace Tvedten and Dalyce Axness, and her daughter-in-law Marilyn Kenealey.

A Mass of Christian Burial will be held on Tuesday, February 4, at 10:30 AM at St. Peter's Catholic Church 6730 Nicollet Ave S, Richfield, MN. Visitation will begin one hour prior to mass at the church. Interment at St. Mary's Catholic Cemetery. In lieu of flowers, memorials preferred to donor's choice.

We encourage you to share your most beloved memories of Beverly here, so that the family and other loved ones can always see it. You can upload cherished photographs, or share your favorite stories, and can even comment on those shared by others.

Kevin Tvedten, Damon Thome and Lindsay, and others have sent flowers to the family of Beverly Ann Kenealey (Hanson).
Show you care by sending flowers

Posted Feb 03, 2020 at 09:32am
Aunt Beverly, May your Beautiful voice sing in heaven for eternity. You will be greatly missed. Lee Ann, Kevin, Kerry, Lisa Tvedten & Families

Posted Feb 02, 2020 at 02:22pm
Kevin and Andrea, our thoughts and prayers are with you and your entire family.

Posted Jan 31, 2020 at 05:51pm
Kevin, please accept our most heartfelt sympathies for your loss. Our thoughts are with you and your family during this difficult time.

Tony & Chris White purchased the Your Light Shines for the family of Beverly Kenealey. Send Flowers

Posted Jan 28, 2020 at 05:14pm
Please accept our most heartfelt sympathies for your loss... Our thoughts are with you and your family during this difficult time.

Condy & Theresa Dixon purchased the Memories to Treasure and planted a memorial tree for the family of Beverly Kenealey. Send Flowers 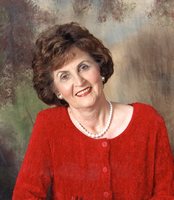