To share your memory on the wall of Thomas Juntunen, sign in using one of the following options:

To send flowers to the family or plant a tree in memory of Thomas Michael Juntunen, please visit our Heartfelt Sympathies Store.

Receive notifications about information and event scheduling for Thomas

We encourage you to share your most beloved memories of Thomas here, so that the family and other loved ones can always see it. You can upload cherished photographs, or share your favorite stories, and can even comment on those shared by others.

Mary, Lannell, Tom, Jeremy, Patty, Chris, Gunnar, , Ben and Kelly Hain, and other have sent flowers to the family of Thomas Michael Juntunen.
Show you care by sending flowers

Posted Sep 13, 2020 at 03:01pm
As you grieve know that we are remembering you, honoring the memory of Thomas and sending you all our love.

A donation has been given to the ACLU in Thomas' name.

Posted Sep 03, 2020 at 02:00pm
Dear Anna & Solveig,
Many people feel The loss of Tom and are grieving. Tom made the world a better place. My Mom, Joy Peters, saw Tom at a bridge tournament some years ago. Mom said Tom was the nice gentleman she remembered from our teen-age years at Eisenhower High School. I am sorry for your loss. We are better people having known Tom.
Comment Share
Share via:
W

Posted Sep 01, 2020 at 04:49pm
What a beautiful obituary. A donation to the ACLU has been made in Tom’s memory. May you experience God’s promised comfort through the love of family and friends.
Comment Share
Share via:
MK

Posted Sep 01, 2020 at 12:10am
Anna and Solveig,
We are stunned and utterly heartbroken to hear of the loss of your dear father and husband. Tom was a cheerful, kind and caring man and he has left the world too soon. Please know we are thinking of you and sending our love in virtual hugs and memory.
Hvil i fred!
Brent, Michelle, Sierra and Tora
Comment Share
Share via: 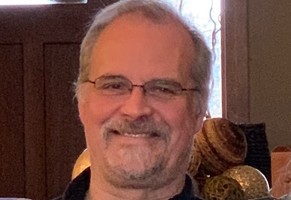