To share your memory on the wall of Robert Helgeson, sign in using one of the following options:

Bob met Martha Mork and married in 1953 to which 4 children were born Thomas, Debra, Barbara and Douglas. They eventually moved to Minneapolis, then settled in Bloomington. Bob was in the National Guard and he was called up during the Korean War where he was stationed in Great Falls, MT. He finished his service at the 133rd Air National Guard where he was NCO1C of food service. Bob worked many years as a Warehouse Manager at Ferguson (Graybow-Daniels) where he retired in 2002.

Bob and Martha loved traveling and meeting new people. Martha passed away March 2015 quickly after being diagnosed with Brain cancer .She was the love of his life for 61 years. Bob married Jeanette Larson in 2017.

Bob is survived by 4 children Thomas (Linda Black) Helgeson, Debra (Walter) Watson, Barbara (Tim) Koester, Douglas (Holly)Helgeson. 10 Grandchildren, 10 Great Grandchildren and many nieces and nephews. We would like to thank the staff at Fairview Southdale Hospital and at Founders Ridge in Bloomington for the care he received. Funeral arrangements by Gill Brothers Funeral Home 9947 Lyndale Ave Bloomington, MN

To send flowers to the family or plant a tree in memory of Robert Lyle Helgeson, please visit our Heartfelt Sympathies Store.

Receive notifications about information and event scheduling for Robert

Posted Jul 25, 2020 at 04:09pm
Please accept our most heartfelt sympathies for your loss... Our thoughts are with you and your family during this difficult time.

Flowers were purchased for the family of Robert Helgeson. Send Flowers

Posted Jul 24, 2020 at 07:40pm
I love you with all my heart and now you can reunite with grandma. This is not goodbye, I will see you later. Love, kelly, Brent, Brandon, and Rowan 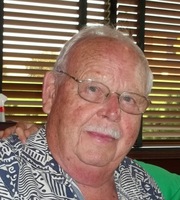