To share your memory on the wall of Norman Johnson, sign in using one of the following options:

Provide comfort for the family of Norman Johnson with a meaningful gesture of sympathy.

Craig was the only child of Ken and Florence Johnson. Born in Minneapolis, Minnesota on August 14th, 1935, he graduated from Central High School and served in the U.S. Army Security Agency from 1954 – 1957, stationed in Japan, Korea and the Philippines. He was honorably discharged at the rank of staff sergeant, returned to Minneapolis, and met the love of his life, Evelyn Mae Cruit. They married on January 25th, 1958.

With the benefit of the G.I. bill, he graduated from Macalester College with a B.S. in Economics in 1960. Later he earned a Master’s degree from Northwestern University, the Member Appraisal Institute certification and a Certified Mortgage Banking designation.

Craig began his career in residential mortgage banking with Knutson Mortgage and in commercial lending with Eberhardt Company before pursuing self-employment. Over 35 years, his practice grew and became renowned for specializing in commercial real estate appraisal and feasibility analysis.

Craig was a man with a very keen intelligence and a sharp wit. When challenged by a son for his decision, his favorite parenting phrase was: “There is no fairness!” A talented cartoonist, Craig’s sketches were welcome additions to the countless greeting cards Evelyn placed in front of him. He was a friend of Bill W.

Craig is survived by his loving wife, Evelyn (Evvy), his three sons Todd and his daughter-in-law Jan (nee Haws), Brent, and Stuart. He is also survived by his grandchildren Blake, Derek, Stephanie, Keith, Brittany, Natalie, Lindsay, Kyle, Alec and Sydney (Todd), Ashlynn, Erin, and Nicholas (Brent), Parker and Hailey (Stuart). Last and definitely not the least, his great-grandchildren Shepherd, Duke, and the twins Fitzgerald and Weston – the “Four under 4” (Stephanie).

Mass of Christian Burial to be held at St. Patrick’s Church, 6820 St. Patrick's Lane Edina, Minnesota on Thursday, November 14th, 2019 at 11am, with visitation beginning at 10am. Lunch at St. Patrick’s and interment at Lakewood Cemetery to follow.

All memorials to the Military Warriors Support Foundation ( https://militarywarriors.org/), Disabled American Veterans ( dav.org ) or a U.S. military non-profit of the donor’s choice.

We encourage you to share your most beloved memories of Norman here, so that the family and other loved ones can always see it. You can upload cherished photographs, or share your favorite stories, and can even comment on those shared by others. 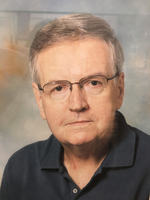