To share your memory on the wall of Merrill Toms, sign in using one of the following options:

Print
Merrill Frank Toms, 91, a lover of books, a world traveler and a teller of stories who lit up every dinner party within reach, died in Edina, Minn., on Aug. 13, 2020.

Merrill is survived by his wife of 51 years, Elisabeth (Verleye), da... Read More
Merrill Frank Toms, 91, a lover of books, a world traveler and a teller of stories who lit up every dinner party within reach, died in Edina, Minn., on Aug. 13, 2020.

Merrill graduated from Kansas City’s Northeast High School in 1946 at age 16, and celebrated with a solo trip to Mexico City and a part of the world he would return to often. He attended Kansas City Junior College for two years and completed his bachelor’s in Latin American studies and Spanish at the University of Missouri-Columbia. He was a member of Lamba Chi Alpha fraternity along with his older brother, Ronald.

After graduation, Merrill lived in Central America for two years, working for Singer Sewing Machine until called into service by the U.S. Army during the Korean War. Afterward, he returned to Central America for the international division of Vendo Company. Living in Guatemala, Nicaragua and Honduras, and traveling throughout the region, Merrill spoke Spanish like a native and was not CIA, as some suspected.


In 1958 he became a commercial officer for the Belgian Consulate General in Kansas City where he worked for 7 years. He then returned to school and received a master’s degree in Library Science from Emporia State. Merrill worked for the Kansas City Public Library from 1967, starting in the business and technical department, until he retired in 1995 as associate director in charge of branch libraries.


Merrill cared little for sports but followed the stock market and CNBC as intensely as his neighbors followed the Chiefs or Royals. As an investor he took the long view -- “Buy and hold,” he would say -- and his expertise helped safeguard the interests of employees of Kansas City’s library system and public school district during his 21 years of service on the management committee and as a trustee of the Kansas City Retirement System.


A Toms family gathering could be bewildering for newcomers, with so many brothers eager to talk, and listen, and enjoying both. Merrill took a back seat to no one, and while many stories were told more than once, they were always worth hearing again. He was a raconteur.


Merrill was a member of El Club Interamericano, a Spanish-speaking social group, for more than 50 years. His curious mind did not slow down after retirement, as he continued his study of French and took up Italian for fun at La Causerie. Retirement also afforded more time for daily coffee meetings with his best friend, Joe Callaghan, along with occasional gatherings of fraternity brothers, travel, and always the next book

If you too love books, or enjoyed Merrill, donations may be made to the Kansas City Public Library, 14 W. 10th St., Kansas City, MO 64105, or https://kclibrary.org/support. The Toms family thanks Brookdale staff and the hospice team for their care of Merrill.

We would like to thank Brookdale and the hospice staff for their care of Merrill.
Read Less

Receive notifications about information and event scheduling for Merrill

There are no events scheduled. You can still show your support by sending flowers directly to the family, or planting a memorial tree in memory of Merrill Frank Toms.
Plant a Tree

We encourage you to share your most beloved memories of Merrill here, so that the family and other loved ones can always see it. You can upload cherished photographs, or share your favorite stories, and can even comment on those shared by others.

3 trees were planted in the memory of Merrill Toms

Posted Aug 18, 2020 at 07:30pm
Sent with love and remembrance of Merrill Toms. We regret not hearing more of his stories, but will always remember the recent Costa Rica trip!

Posted Aug 18, 2020 at 04:53pm
Merrill was a good friend of Lambda Chi and was always willing to help. I enjoyed working him on several projects. Will miss him.

Posted Aug 17, 2020 at 02:57pm
Dear Betty /family, Merrill will always remain in our hearts. Our thoughts are with you all. I love you. With love and embraces

Posted Aug 16, 2020 at 04:11pm
We feel sad to hear of the passing away of our good friend Merrill. We have fond memories of him and his family. Our sincere condolences to all in his family. May he rest in peace.
Joe and Gloria Bessenbacher
Comment Share
Share via: 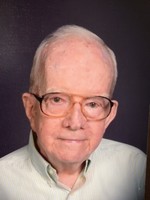