To share your memory on the wall of Margaret Plummer, sign in using one of the following options:

Provide comfort for the family of Margaret Plummer with a meaningful gesture of sympathy.

Nearly ninety-two, Mickey passed peacefully in the early hours of February 9, 2020
Born April 23, 1928 to Edna and David Park in Bemidji, Minnesota, Margaret Jean “Mickey” graduated high school as a member of the National Honor Society. She attended Stephens College and the University of Minnesota, joining the Delta Gamma Sorority where she was introduced to her beloved Sherwin. After graduating with a Bachelor of Arts, they married in 1951. They raised their three children in Edina, Minnesota and to their dismay, she held many positions in the Edina Public Schools, finally serving as the last person overseeing health insurance for all district employees without the benefit of computers.

Gregarious and friendly, smart and witty, she was an excellent conversationalist and was well known for her humor and contagious laughter that could liven up any room.

An avid knitter, Mickey won many Minnesota State Fair Blue Ribbons. She produced thousands of items, and all had to be perfect before she considered them ready to gift. Her family remains grateful for her lovely afghans, hats, scarves, sweaters, mittens, gloves, and socks.

Also dear to Mickey and mourning her loss are the family of Steve and Kitsie Sundberg, their three children Matthew (Breanne Brandt), Kaitlin (Levi) Lowell and Ada, Anna (John) Helms and Owen; and Andrew Sampson and Laurie Smith.

The family is very grateful for the loving care at Geneva Suites and the care received from the staff at Brighton Hospice.

A small graveside service will be held at Lakewood Cemetery to reunite Mickey and Sherwin in burial.

Memorials may be made to the donor’s choice.

We encourage you to share your most beloved memories of Margaret here, so that the family and other loved ones can always see it. You can upload cherished photographs, or share your favorite stories, and can even comment on those shared by others.

Posted Feb 18, 2020 at 01:53pm
...from two old friends of Sherwin & Mickey, back from the days of coaching football in Edina. . . So sorry to read of Mickey's passing. We have always kept Sherwin & Mickey in our hearts and prayers over the years. They are missed.. . Ken and Susan Berg

Posted Feb 14, 2020 at 08:59am
Dave and Lynne and family, we are sorry to hear of the death of Dave's mom. Know that we are thinking about you. Moret family

Flowers were purchased and a memorial tree planted for the family of Margaret Plummer. Send Flowers 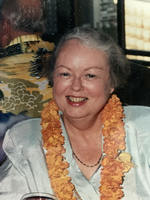