To share your memory on the wall of Lucille Skluzacek, sign in using one of the following options:

Her first friend outside of the very large family was the neighbor’s daughter, Loretta “Mutz” Zweber, whom she met at age four. They became lifelong friends — sharing both the good and not-so-good times. Both girls spent much of their free time on each other’s farm which was always an adventure. Although Lucille was constantly helping her mother to prepare meals for her uncles and hired hands who worked on the farm, there was never a dull moment with her family and the Zwebers. Lucille often talked about how her uncles and brother would tease her and “Mutz” endlessly - always making fun of their skinny legs.

Lucille began her education in a one room schoolhouse in New Market where she completed her elementary years. She was very precocious, skipped two grades, and commenced her high school days at the age of 12. Lucille graduated in the Lakeville High School Class of ‘45 at the age of 16. Her favorite class was Home Economics. She loved sewing and decorating -- and wanted to be an interior designer. In the Fall of 1945 she started Mankato State, but became homesick and dropped out after one semester.

She was also in two serious car accidents in the early 1940s. In one, she was given her last rites. But she pulled through and always thought she could do no wrong since she had already been given her final blessings!

About 1947, Lucille moved to “the cities” and worked in a canning factory. While not a dream job, she had lots of adventures with her roommates and double dating plying “matchmaker”. She often went back to the farm on weekends to attend a dance or a wedding. It was at one of those weekend dances that she met Ed Skluzacek, a handsome Lonsdale ball player home from the Air Force. They talked and maybe danced, but he had a girlfriend. So, she didn’t give him a second thought. However, in 1949, they were re-acquainted, and sparks ignited. They dated for a few months, had a short engagement, and were married on November 18, 1950.

Lucille and Ed spent their first 18 months living and working at a beer joint in Lonsdale which was owned by Ed’s Uncle Amos. Lucille cooked and cleaned while Ed worked for another uncle doing construction work during the day. Together they ran the bar in the evenings, except during baseball season when Ed followed his first love - baseball.

Daughter Cheryl was born in 1952 and Gayle followed in 1953. Lucille, tired of being a baseball widow half of the year, convinced Ed to move to Minneapolis and enroll in Dunwoody Academy. In the Fall of 1953, they moved to Bryant Avenue in South Minneapolis. In 1955, after Ed graduated and with his VA loan, Ed and Lucille bought their first house in East Richfield for $11,000.

Although Lucille enjoyed sewing pretty dresses for her little girls, Ed wanted a ball player and Mike was born in 1956. To make ends meet, Lucille started selling toys at home parties. She was a great salesperson but found the hours difficult to handle with three small children. She then tried selling draperies at JCPenney at the newly opened Hub in 1959....but, she got pregnant again. Missy was born in 1960 after a difficult pregnancy which included a car accident and a poorly timed German measles shot. Missy had a difficult first year with numerous bouts of pneumonia and unexplained seizures.

To give her other children quality time, she became Cheryl’s Blue Bird leader and introduced Mike to some of the local kids. Lucille and Ed made sure the kids had an excellent Catholic education and enrolled them in St. Kevin’s School and where they became active in the Parish. It was a struggle paying tuition, but Lucille made sacrifices by making all of the children’s clothes and packing lunches. She did not need a college degree to major in Home Economics at the Skluzacek house!

Barely understanding Missy’s issues and the attention she would require, Lucille became pregnant again. Joe was born in 1962 with Down Syndrome. Her doctor told her minutes after giving birth that there was a problem, but that she could place Joe in an institution where he would be cared for by the State and would never need to see him. Lucille would not hear of it. She proudly and lovingly took him home and nurtured him. About this time, Missy was officially diagnosed as brain damaged.

Lucille, at the age of 34, was a woman on a mission. She researched her options - wanting Missy and Joe to live as normal of a life as possible. She discovered the Louis Whitbeck Fraser School where Missy and Joe became one of their first students. Lucille and Ed both volunteered at the school to help pay the tuition -- thus enabling their youngest children to reach their maximum potential. Struggling to pay the tuition, Ed took on a second and third job and Lucille started to sell Judy Lee Jewelry. Although selling jewelry was fun, it did not work out. So, she started to sell Avon while working on her Real Estate license. This was all done while she was on the board of the Minneapolis Association for Retarded Children and raising five children.

In 1969, she convinced Ed to sell their home in East Richfield and move to West Richfield in order to be closer to the Fraser School. So, the family moved, and life did become easier. Shortly thereafter Cheryl and Gayle left for college, Ed earned a promotion, and the family was doing better. Feeling like an empty nester, Lucille decided to remodel the house again and again and again! She also took up crafts - and she was good. She made beautiful quilts for each of the grandchildren and sold one for $500 in NYC! She even took up pottery and won a prize at the State Fair!

Continuing to advocate Special Needs persons, she found a non–secular, faith-based group for Special Needs adults and brought it to Minnesota. This international group, Faith and Light, became her life. She traveled to National Conventions in Boston, Denver, and Washington DC and also made several pilgrimages with Joe to Europe – enabling him to experience as normal of a life as possible. She helped fund much of the local chapter needs by hosting events at St. Richards and selling her gingerbread boys at Christmas.

As with all of us, Lucille also had her “quirks.” She could be outspoken, stubborn, and controlling which could be a “challenge” to others. But it was BECAUSE of these traits that she was able to provide a nurturing environment for her family – especially for Missy and Joe.

This was Lucille – ever willing to do whatever it took to help others. She brought communion to the sick at St. Richard’s, fed the homeless at Loafs and Fishes, and baked many a birthday cake for her Special Needs friends – among many more loving acts. Even in her early stages of Alzheimer’s when we would not allow her to have any money, she said she wanted to sell Avon again because the old ladies with whom she lived would look so much better with some lipstick!

Lucille will be missed by so many. May she forever rest in peace.
Read Less

To send flowers to the family or plant a tree in memory of Lucille Evelyn Skluzacek, please visit our Heartfelt Sympathies Store.

Receive notifications about information and event scheduling for Lucille

We encourage you to share your most beloved memories of Lucille here, so that the family and other loved ones can always see it. You can upload cherished photographs, or share your favorite stories, and can even comment on those shared by others.

Posted Jul 01, 2020 at 08:44pm
we pray for the family of lucille and ed skluzacek. they were good people. they will be missed by us, but our memories of their stories at family parties and reunions, will live-on. our sincere condolences from the hartmann's of hamburg. elmer trese sara ann and lynn. GOD BLESS YOU ALL!!
Comment Share
Share via: 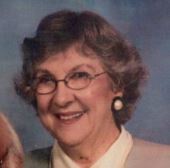