To share your memory on the wall of John Gray, sign in using one of the following options:

John was born on March 12, 1921 in north Minneapolis to Clifton and Blanche (Egan) Gray. He graduated from North High in 1939 and enlisted in the U.S. Army in 1942. In 1943 he became engaged to Jean Rochel. It would be the romance of their lives. He had first spotted her downtown two years earlier with her identical twin Joan on the streetcar at Glenwood and Seventh, where the Target Center is now located.

Shortly after they became engaged, the Army sent John for further training to Camp Kohler (CA), Camp Crowder (MO) and Camp Sea Girt (NJ) before he shipped out to the South Pacific from San Francisco.

He served as Technical Sergeant in the 3106 Signal Services Platoon on the Russell Islands, Guadalcanal, Guam, Saipan, Tinian and Okinawa before being honorably discharged in March, 1946.

He returned to Minneapolis where he married Jean and worked at the Veterans Administration as a Burial Claims clerk. In 1952 he began a 35-year sales career in hard surface floor covering. He joined Congoleum Nairn in 1954 and later Carson, Pirie Scott in 1962 as Sales Manager; retiring in 1987.

In retirement he travelled all over the U.S. and spent time in Canada and Ireland. He served both mass and novena at St. Agnes Catholic Church and volunteered at the Martin Luther Care Center Caregiver Support Group in Bloomington for over sixteen years.

John was an athlete his entire life and enjoyed ice skating, swimming, golf and softball. Although he had a tight fist, he never met a crack he couldn't caulk or good joke he couldn’t tell. He had a special way of wearing the pants in the family, usually high-waisted and with a belt. Thankfully he never wore socks with sandals. He found great joy spending time with his family and in enjoying a highball at sunset.

He was always ready for a song - especially if he could find someone to harmonize with. A skilled card-shark who relished a good skunk at cribbage, he thought Texas Hold ‘Em was for wimps. It’s all in the cut, he would say and boy could he deal. He enjoyed a great party and was always the first to arrive and last to leave, usually with the leftovers in tow and a smile on his face that said I am one lucky man.

Receive notifications about information and event scheduling for John

We encourage you to share your most beloved memories of John here, so that the family and other loved ones can always see it. You can upload cherished photographs, or share your favorite stories, and can even comment on those shared by others.

Posted Dec 20, 2019 at 09:38pm
It didn't take long to for the Dunbar family in Ohio to consider John a member of our family. Thank you, Dave and Jean for sharing this extraordinary man with us. He became the best, most cherished, and loved friend of Dad (Ned) and our entire family. I bet Denny was waiting for him at heaven's gate. Farwell our friend, until we meet again. The entire Gray family is in our thoughts and prayers.
Comment Share
Share via:
MA

Posted Dec 20, 2019 at 09:37pm
He was the kindest, most generous person I will ever know
Many unforgettable memories in the orange and brown carpeted wall basement of 4027
Comment Share
Share via:
SG

Posted Dec 19, 2019 at 07:39pm
Our Grandpa was one of the best people I knew. The childhood memories of eating Keebler Fudge Stripe cookies and playing in the basement of 4027 are irreplaceable. I’m honored to have this huge family, all a testament to him!!
Comment Share
Share via:
C

Posted Dec 17, 2019 at 09:17pm
Living a few blocks away, walking to Pillsbury Ave after school, swinging on the front porch... I am very lucky to have been born into this huge amazing family and to have had my grandparents be a part of my life for so long. There is no family like the Gray Family and that is a testament to you, Grandpa. Well done, sir.
Comment Share
Share via:
E

Posted Dec 17, 2019 at 03:23pm
I loved the last time I saw Gigi on the Holly trolley day. I got to play cribbage with him. We got to FaceTime with his friend Ned, when Grandma and Pop Pop were with him. I just really miss him. He was one of my best friends. Love eleanor
Comment Share
Share via: 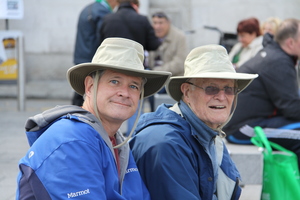 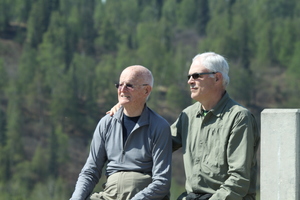 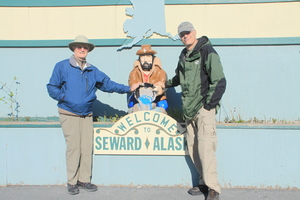 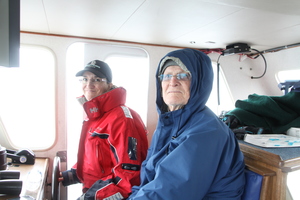