To share your memory on the wall of Hannah Nones, sign in using one of the following options:

Age 96, Passed Away Peacefully at Home in Minneapolis on October 20, 2019, surrounded by her family. Blessed with an extraordinarily long life, Jane brought joy to countless family and friends. Born April 25, 1923 i... Read More
Nones, Hannah Jane

Age 96, Passed Away Peacefully at Home in Minneapolis on October 20, 2019, surrounded by her family. Blessed with an extraordinarily long life, Jane brought joy to countless family and friends. Born April 25, 1923 in Whippany, New Jersey, to Nelson Howell Mitchell and Margaret Hanway Mitchell, Jane grew up on her family's ancestral farm and was graduated from Morristown High School in 1940. Moving to Washington, DC, shortly thereafter she began studying at George Washington University and worked as a stenographer for the International Labor Office. She enlisted in the U.S. Marine Corps Women's Reserve in 1943, serving as a radio operator at Parris Island Marine Corps Air Station, and was honorably discharged in 1945. The year 1948 was a momentous one, as Jane obtained a B.A. in Latin American Foreign Affairs from George Washington University and also wed the love of her life, Walter Nones, to whom she was married for 62 years until his death in 2010. Jane was employed in various cryptologic positions by the Army Security Agency (now the National Security Agency) at Arlington Hall until 1953, when she became a full-time mother to the first of her three children. Relocating with her family to Minnesota in 1961, in addition to being employed by Walter L. Nones Associates, the market research business founded by her husband, Jane was active in various Twin Cities cultural, political and religious organizations, among them the St. Paul Civic Orchestra and the Minnesota Youth Symphonies where she served as president of the board of directors, and various volunteer positions at the Cathedral Church of St. Mark and the Anglican Church of St. Dunstan, which she helped establish in 1977. She was also a dedicated Minnesota Twins baseball fan, faithfully rooting for her team for more than a half-century. Jane is survived by three children: Nelson (Siripen), of Bangkok, Thailand, Virginia (Russell Hamilton), of Dalton, Ohio, and Phillip (Nellie), of Centreville, Maryland; a brother, John Howell Mitchell, of Chuluota, Florida; ten grandchildren; and thirteen great-grandchildren. A funeral service will be held on Saturday December 7th 10:30 am at Anglican Church of St. Dunstan, 4741 Brookside Ave, St. Louis Park, MN. Visitation 1 hour prior to service at the church. Interment Fort Snelling National Cemetery. In lieu of flowers, the family requests memorial donations to the Anglican Church of St. Dunstan or the St. Labre Indian School.

To send flowers to the family or plant a tree in memory of Hannah Jane Nones (Mitchell), please visit our Heartfelt Sympathies Store.

We encourage you to share your most beloved memories of Hannah here, so that the family and other loved ones can always see it. You can upload cherished photographs, or share your favorite stories, and can even comment on those shared by others. 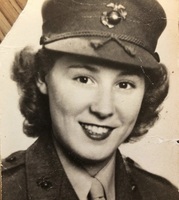