To share your memory on the wall of Bettylou Viskocil, sign in using one of the following options:

Print
It is with great sadness that we announce that Bettylou Viskocil, 78, passed away on September 4, 2020.

Bettylou was born on January 4, 1942 in Minneapolis, Minnesota. She attended Minneapolis South High School and went on to study at M... Read More
It is with great sadness that we announce that Bettylou Viskocil, 78, passed away on September 4, 2020.

Bettylou was born on January 4, 1942 in Minneapolis, Minnesota. She attended Minneapolis South High School and went on to study at Mankato State University. Bettylou married in 1965 and had two sons.

In 1963, she began an impressive career at the University of Minnesota. Initially beginning as the assistant to the Vice President for Administration, Bettylou worked with many departments and faculty. In 1981, she became the executive assistant to the head of the Department of Electrical and Computer Engineering. She served in this capacity until her retirement in 2004.

A longtime member of the YMCA, Betty was ever-active. Whether it was walking, biking, running, or classes at the gym, she was very often in motion. She also enjoyed spending time outdoors.

Ever dedicated to Christ as her Lord and Savior, Bettylou was also an active member of Nativity of Mary Catholic Church, acting as a Stephen Minister for many years. Bettylou was always willing to offer wise counsel and guidance to those in need. At SummerHouse in Bloomington, she enjoyed travel with friends, card groups, and other outings.

Bettylou will be best remembered as a loving and generous mother and grandmother. She worked hard for her family, and always tried to help her children when she could. And she always enjoyed spending time with her grandchildren, expressing her love and affection.

Bettylou is survived by her sons, Todd (Shelly) and Jay; two grandsons, Samuel (fiancée Natalie Welsch) and Joseph; sister, Marilyn Green; nephew, Michael Green (Laurie Gathje); nieces, Debbie and Becky Green; and other relatives and friends. She is preceded in death by her parents, Ben and Elsie Frolik.

We would like to thank the wonderful staff at North Memorial for their kind care as well as the residents and staff at SummerHouse (special thanks to Sheila).

A funeral service will be held at 11:00 a.m. on September 11 at Nativity of Mary Catholic Church in Bloomington. A visitation will begin before the service at 9:30 a.m. at the church.
Read Less

To send flowers to the family or plant a tree in memory of Bettylou Viskocil (Frolik), please visit our Heartfelt Sympathies Store.

Receive notifications about information and event scheduling for Bettylou

We encourage you to share your most beloved memories of Bettylou here, so that the family and other loved ones can always see it. You can upload cherished photographs, or share your favorite stories, and can even comment on those shared by others.

Posted Sep 10, 2020 at 03:21pm
"Bettylou Viskocil" will remain in our hearts forever. Prayers for all family at this time. Love, the Engstrom/Nelson Family

Posted Sep 08, 2020 at 08:47pm
Heartfelt condolences, personally, and on behalf of former colleagues and friends from the ECE Department at the U of M.

Posted Sep 08, 2020 at 12:37pm
Sorry for your loss, our prayers and thoughts are with you and family during this time. 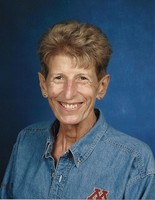 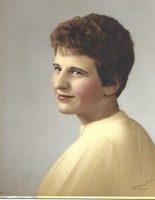