To share your memory on the wall of Alphonse Brinkman, sign in using one of the following options:

Print
Brinkman, Alphonse C
Age 87. Passed on 5/5/20 from COVID19/Alzheimers.
Al was born in Farming, MN to William and Rose Brinkman. Al was named after a good Samaritan that had saved William’s life after he was pinned under the car in a c... Read More
Brinkman, Alphonse C
Age 87. Passed on 5/5/20 from COVID19/Alzheimers.
Al was born in Farming, MN to William and Rose Brinkman. Al was named after a good Samaritan that had saved William’s life after he was pinned under the car in a car crash. The Brinkman’s raised 9 children and ingrained in each a strong work ethic. Growing up, Al learned the ins and outs of farming including spending time in Nebraska on his uncle Mark’s farm. Al was a quick learner and could pretty much figure out how work or fix anything. Al loved his mom’s rhubarb pie and great skill at quilting.
Al joined the Army 101st Airborne in 1956 and greatly enjoyed being crew chief on helicopters and jumping out of airplanes. He resided in California for a time after discharge. Al moved back to Minnesota and lived in an apartment in Uptown Minneapolis where he met Gloria who lived in the same building. It all began when Gloria cut her finger. One night, Gloria ran into Al in the small grocery store that was in their building. She had cut her finger and was looking for Band-Aids. Al noticing her bleeding, offered to look at the wound. He assured her she didn’t need stitches, cleaned the wound and taped her up. He was handsome, kind, tender and gave her a wink. Gloria was intrigued. Given how pretty and stylish Gloria was, it wasn’t surprising that Al started hanging around more. They married March,3, 1963.
In 1965, Al and Gloria bought a home in Maple Grove, MN. A little boy with bright blue eyes and a charming smile came along in 1967, they named him Daniel “Danny”. The family of 3 enjoyed getting together with friends and family who were also raising children of the same age. They developed a love for northern Minnesota after visiting Tip Top Resort in 1969.
1970 was a big year, not only did the Brinkman’s buy property on the Whitefish Chain in Crosslake, MN, they also had another bundle of joy appear. This time it was a brown eyed, curly haired, adorable baby girl that they named Andrea. The early 70s were busy for the Brinkman’s. Raising two children and building the cabin. Al enlisted the help of family and friends. There was a lot of hard work and much fun that was had during these busy years. After the cabin was complete, the family spent most weekends in Crosslake boating, sailing, fishing, swimming, water skiing, entertaining friends and family, and enjoying the company of great neighbors. Spear fishing in the winter was one of Al’s favorite activities. In 2000, Al and Gloria welcomed to the family their adorable, green-eyed granddaughter, Zoie, who added a special spark of fun to their lives. Al was always big on exercise, doing regular stretches each morning and evening. It must have worked, as he was able to continue to water ski into his 70s and was always busy with indoor and outdoor projects.
Al took great pride in his job, retiring with 56 years as a member of the United Brotherhood of Carpenters Local 596/68. After retirement, Al and Gloria enjoyed 25 years at what Al always called their “little piece of heaven” in Crosslake. They were active members at Crosslake Lutheran Church where they enjoyed the company of many wonderful friends. Each summer Al loved to usher at the outdoor worship service and participate in the Men’s Club where they helped with projects at Camp Knutson among other things.
Sadly, Al was diagnosed with Dementia and by 2017 was needing additional care. Al and Gloria moved into Arbor Lakes Senior Living where Al resided in Memory Care and was cared for by a very compassionate staff who recognized that while they had to keep an eye on Al due to his wily ways, they appreciated his quick wit and humor. As the disease progressed and Al needed more assistance, he was accepted into the VA Nursing Home in December 2019. While his memory was impacted, he never lost his sense of humor or forgot his angel Gloria.
Al will be interred at Fort Snelling and his celebration of life will be scheduled when loved ones are able to gather. We will update this site once these events are scheduled.
Love Andrea, Gloria and Danny


Link to video from the VA for - Minnesota Veterans Home Procession of Honor for Al Brinkman.

The video can be viewed and downloaded through this link:
https://share.icloud.com/photos/0KI_6OtFHCPqVbD9KhGckpXQQ
Read Less

To send flowers to the family or plant a tree in memory of Alphonse Charles Brinkman, please visit our Heartfelt Sympathies Store.

Receive notifications about information and event scheduling for Alphonse

We encourage you to share your most beloved memories of Alphonse here, so that the family and other loved ones can always see it. You can upload cherished photographs, or share your favorite stories, and can even comment on those shared by others. 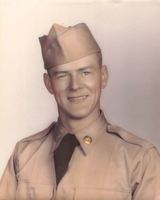 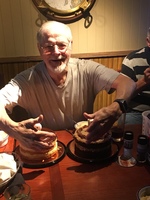 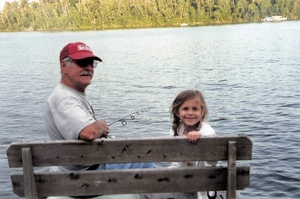