To share your memory on the wall of Aloysius Krzyzaniak, sign in using one of the following options:

Provide comfort for the family of Aloysius Krzyzaniak with a meaningful gesture of sympathy.

Al grew up in Northeast Minneapolis until age 5, when the family moved to a dairy farm near Weyerhaeuser, WI. He went to country school from grades 1-8, after which time he remained on the family farm to help his parents care for their large family and help with farming.

As a young adult, Al moved to Minneapolis and worked in construction, including shingling the MN State Courthouse roof. Al was drafted and enlisted in the U.S. Air Force on Sept. 6, 1950. As a member of the 97th Field Maintenance Squadron during the Korean War, Al advanced to Staff Sergeant and served until September 5, 1954.

During this time Al honed his professional airplane mechanic skills which he used in his post-military career. His career spanned over 30 years, including employment for Braniff, North Central, Republic, and Northwest airlines. Al retired in 1987 but continued to enjoy monthly breakfasts at Perkins with fellow retirees.

AL married the love of his life, LaVonne Evelyn Strenitzke on May 18, 1957. They enjoyed 62 years of marriage. Together they became the proud parents of Jana Kay on Aug. 23, 1965 who married Jonathan Swenson in 1990.

Al and Jana shared a very special Daddy-Daughter bond. He loved taking her on hunting and fishing trips, their favorite being an annual trip to the BWCA.

Especially dear to his heart were his two granddaughters, Christina and Caitlyn, whom he also did his best to teach how to fish. He was grateful to have been around long enough to participate in Christina and Nate’s wedding and to meet Caitlyn’s fiance’ Nick.

Al was an avid sports fan, and together, Al, Jana and LaVonne enjoyed watching Vikings and Norths Stars games and cheering on the Twins. He had an extensive music collection and created his own version of surround sound so he could listen anywhere in the house to polkas and big band music. Frank Sinatra and Louis Armstrong were among his favorites.

Al also never lost his love for his large loving Polish family. He was always ready for a family reunion including the annual and infamous Polish Olympic Festival and the family Christmas gatherings. At these events Al would greet each new arrival with a big smile and a warm, “How ya doing (name)?”

Al truly never met a person who did not instantly like him. He will be remembered for his bright, positive, friendly disposition, his ability to fix anything and everything, his passion for his lawn and garden, and his loving devotion and commitment to family and friends.

Al was an active member of Nativity of Mary Catholic Church for 62 years where he attended Mass regularly and only in PART to socialize over coffee and donuts after mass. He knew his Lord and he knew where he was headed. We will see Al again, through the gift of life in Jesus.

Blessed Be the Memory of Aloysius K. Krzyzaniak.
Read Less

We encourage you to share your most beloved memories of Aloysius here, so that the family and other loved ones can always see it. You can upload cherished photographs, or share your favorite stories, and can even comment on those shared by others.

Love, Your Nieces and Nephews sent flowers to the family of Aloysius Sylvester "Al" Krzyzaniak.
Show you care by sending flowers

Flowers were purchased for the family of Aloysius Krzyzaniak. Send Flowers

Love, Your Nieces and Nephews

Love, Your Nieces and Nephews purchased the Blooming Garden Basket for the family of Aloysius Krzyzaniak. Send Flowers

Posted Oct 24, 2019 at 09:47am
I am so sorry to hear of Al's passing. He was a friend for many years. He was very helpful to me after I had shoulder surgery. Always had a smile and warm greeting on Sunday mornings. He will be greatly missed. My condolences to the family. Fran Peppin 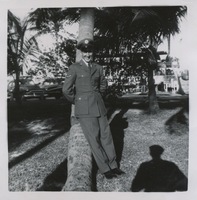